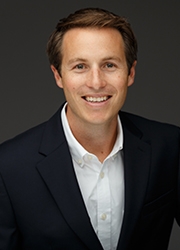 Austin Dias works with some of San Diego’s top investors, developers, tenants and landlords (see partial list below) to reach their real estate objectives and has been featured in the San Diego Daily Transcript as one of San Diego’s Top Commercial Leaders.

He holds a Master’s of Real Estate from the University of San Diego (USD) and was awarded Burnham-Moores Center, James T. Gianulis Memorial, USD Real Estate Alumni Association, Mickey Carhart Memorial/NAIOP, BIA Cares, and the California Home-building Foundation scholarships. During his time at USD he represented the University at the MIPIM property conference in Cannes France which is the largest property conference in the world.  Additionally, he was on the USD Argus real estate software team that won the Argus world championship.

During his time studying for his undergraduate degrees Austin was selected by President Richard Rush of California State University Channel Islands (CI) as University representative for the Lean Panetta Public Policy Institute internship in Monterey, CA and Washington D.C.  There he studied under Secretary Panetta and interned for Congressman Brian Bilbray of San Diego.  Austin earned degrees in Business with an emphasis in Entrepreneurship and a second degree in Political Science at CI.

Outside of real estate his interests include sailboat racing and outdoor adventures.  Austin brings a history of success from his time at the San Diego Yacht Club as their Junior Racing Program Head Coach.  During his tenure, his teams won multiple national championships and the program was voted the best in the country.  Prior to that, he was inducted into the College Sailing Hall of Fame as the Student Leader of the Year and was also named All American. Austin lives in San Diego with his wife and three children.