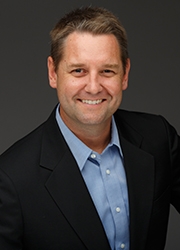 Rob Bloom joined Duhs Commercial in 2012, specializing in the leasing of shopping centers, retail properties, and office buildings in San Diego, Imperial, and Riverside counties representing both landlords and tenants.  Rob also represents buyer and sellers in investment acquisitions and dispositions of commercial properties and land.

Prior to joining Duhs Commercial, Rob worked at Sperry Van Ness where he played an active role on one of the most productive advisory teams nationwide. Over the years, Rob has completed over 200 sale and lease transactions worth in excess of $200 million.

Rob graduated from the University of San Diego in 2000 with a degree in Business Administration and subsequently earned his Master’s Degree in Accountancy from San Diego State University in 2007.  His interests include playing beach volleyball, tennis, and traveling.  Rob is married with two children and resides in Encinitas.